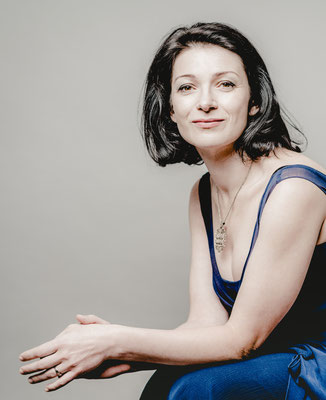 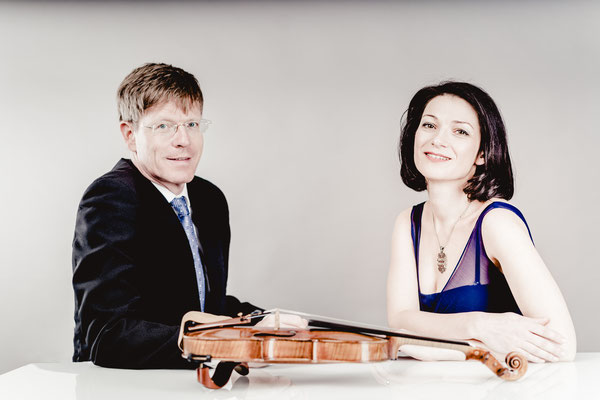 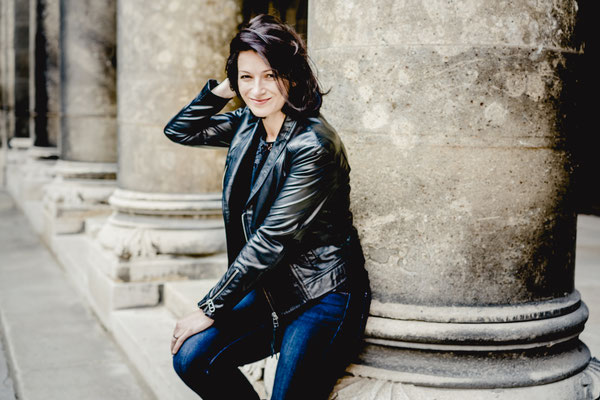 “Catalina Butcaru is at one with the music and can stand comparison with the best who have ventured forth into the territory.” (Becker, American Record Guide)

Studies at the Music Academies in Vienna and Graz. Performances in the series Musica Juventutits at the Wiener Konzerthaus and at the ORF Radiokulturhaus were followed by invitations to the Philharmonie Luxembourg, the Romanian Atheneum and the Broadcast Concert Hall in Bucharest, the Liszt Center in Raiding, the Ehrbar Hall in Vienna, Esterhazy Palace in Eisenstadt, the Martinu Hall in Prague, and more.

Many successful projects brought Catalina Butcaru together with musicians like Volkhard Steude, concertmaster of the Vienna Philharmonic, Valentin Erben, cellist of the “Alban Berg” quartet, or with the rising star violinist Emmanuel Tjeknavorian.

...that means highest virtuosity and deep expressivity, esprit, charisma and “that certain something”.

Four soloists from the Wiener Philharmoniker and an outstanding pianist compose a brilliant quintet with a musical language, expressing specific sounds, artistic phrasing, a masterly technique and musicality.Together with a classic-virtuous style, the ensemble moves between different ages and genres in a fascinating way. 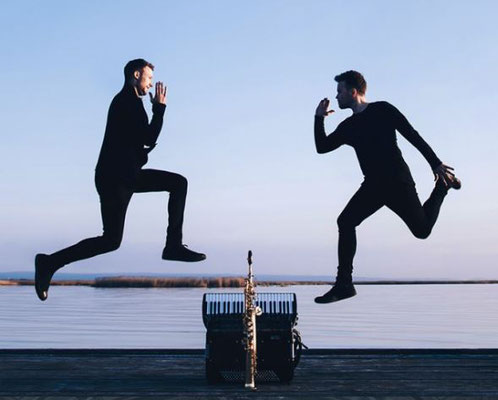 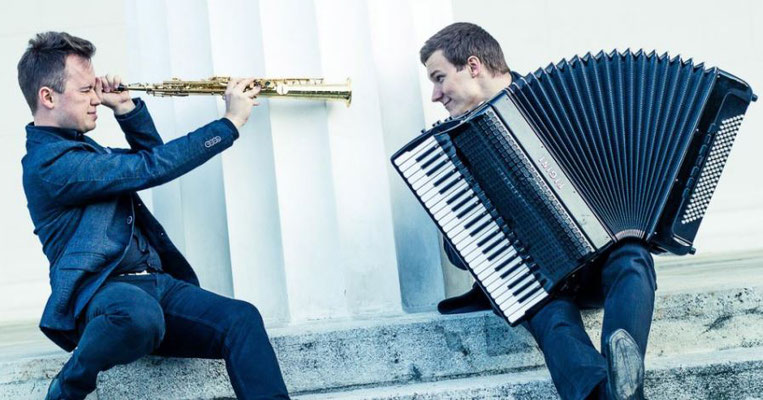 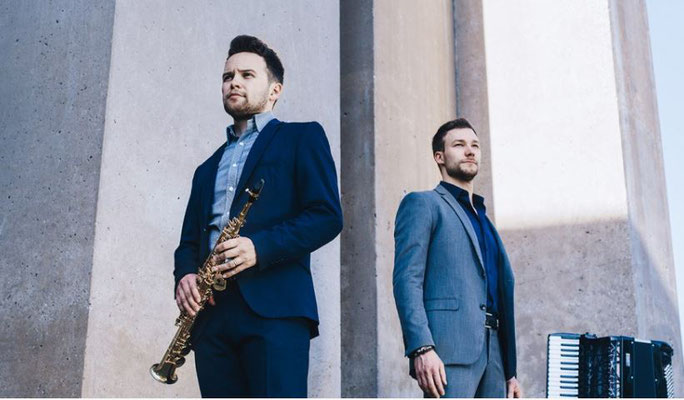 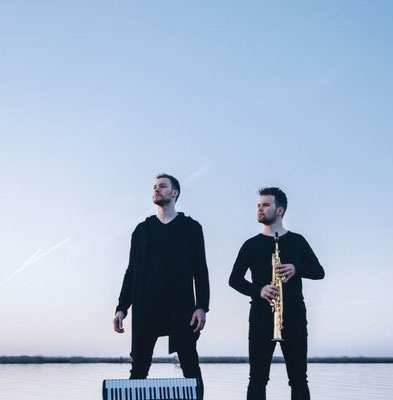 
Talent, creativity and musicianship come to an utmost expression with

the awesome interaction of saxophone and accordion or in other words: When Michał Knot und Bogdan Laketic make music, the classic repertoire sounds different in a certain way, because the interplay of both instruments diffuse a particular magic, enchanting the audience.

They are winner of the famous Fidelio competition and had their debut CD record of the album “New colours of the past”, acclaimed by the critic. Called „outstandingly talented and creative musicians“ by Musikverein Vienna, the young musicians founded the Duo Aliada in 2013 conquering also famous international concert halls, as Carnegie Hall, Tonhalle Zürich, Wiener Musikverein and the Hermitage Theatre in Saint Petersburg to name a few.

He was born in Mannheim and studied in Salzburg and Vienna. Rupert Schöttle has performed in different chamber music ensembles (Walderdorff-Trio, Gemini-Quartett, Beethoven-Ensemble Wien, Trio Grande). He is also well known as “writing cellist” and music-sociologist and acted for 30 years as free member of the Vienna opera house orchestra working with the greatest conductors as Herbert von Karajan, Leonard Bernstein, Carlos Kleiber till Christian Thielemann. He has been invited personally to become founder member of Sir Georg Solti’s “World Orchestra for Peace” in 1995; Valery Gergiev has taken over after Solti’s death. Rupert Schöttle has known the greatest conductors, sometimes in a very personal way. He performs as soloist but also with different music programs and formations. 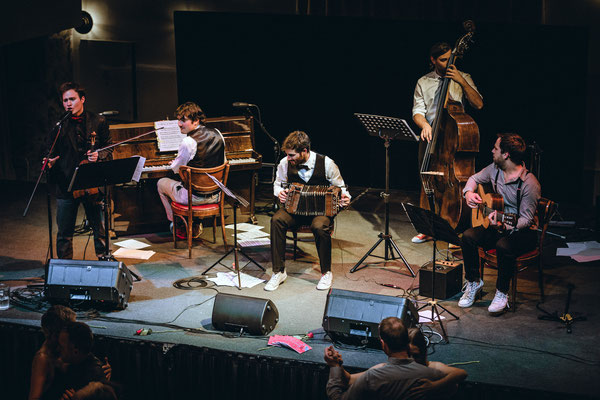 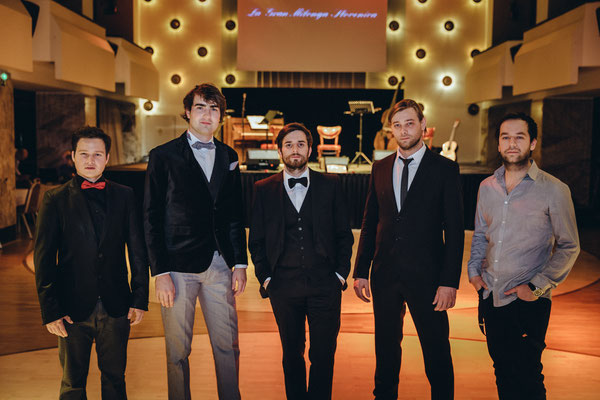 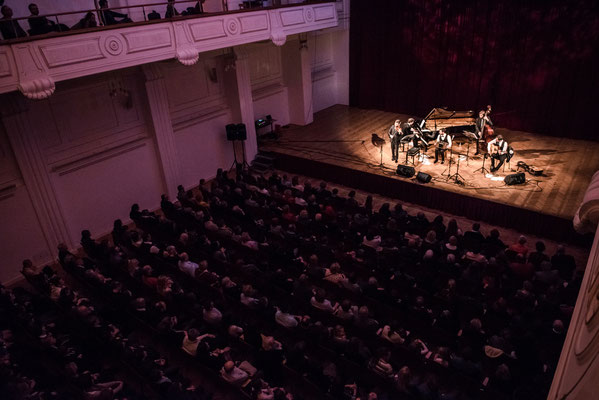 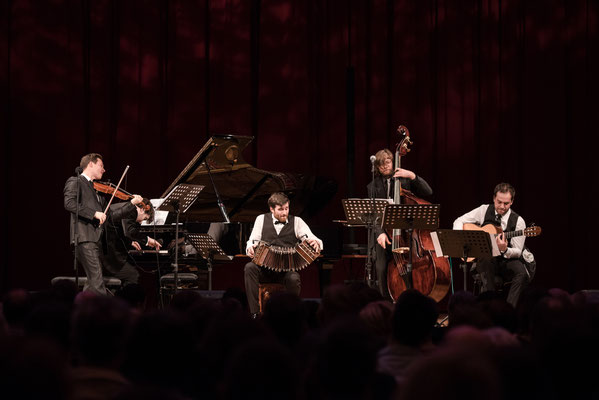 Grief, silence, sensuality, Eros, brutality. The audience listens to those and many other nuances in a concert of the Piazzolleky quintet and also lives with them the history of tango. With the passion of a tanguero, the Temperament of the Balkan and the professional approach of a musician, the Piazzolleky quintet performs the typical folkloristic tango as also the Tango Nuevo and gives it a new dimension.

The Piazzolleky quintet consists of five professional musicians with degrees of Austrian and Slovenian music universities. The quintet has won several awards, performs at famous international festivals and stages and has recorded two CDs.